A walk around Chester city walls 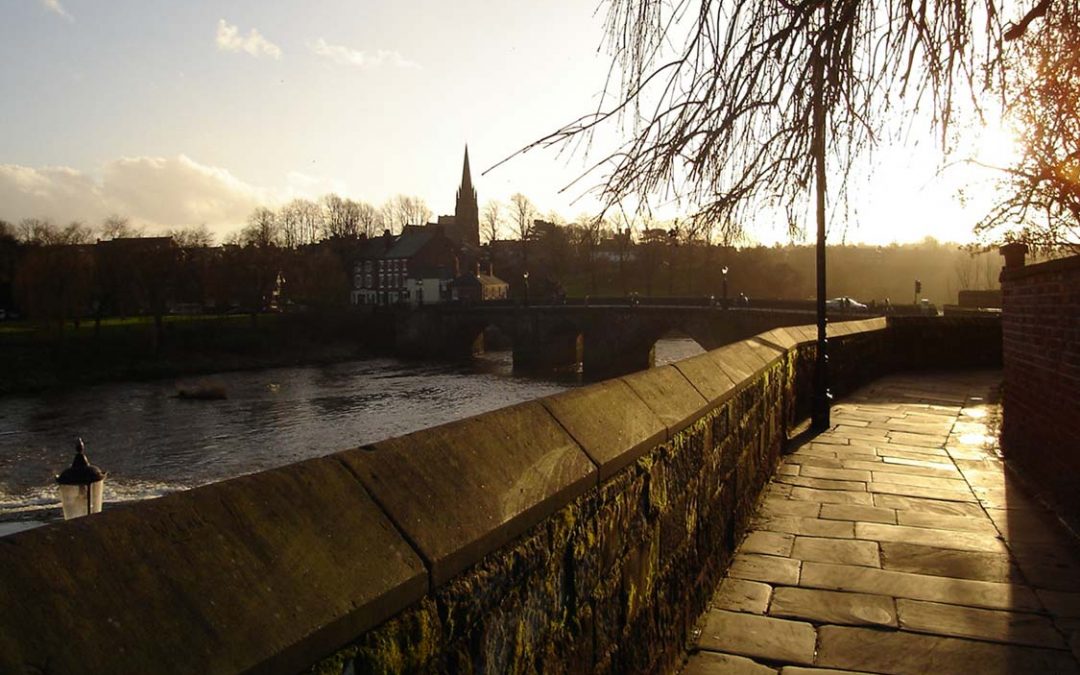 Chester has one of the most complete city walls in England and a walk around the two mile circuit is a pleasant, traffic-free way to explore the city and get your bearings. The information boards that are dotted around the walls also give you a potted history of Chester’s story over the last 2,000 years or so. The original turf and timber walls were built by the Romans and the stone walls you see today first appeared around 100AD. They’ve been added to and modified throughout Medieval times and later by the Victorians. More recently a modern bridge was built to make sure the complete circuit wasn’t broken by a new ring road.

The photomontage below shows the river Dee in February, when there are no leaves on the trees and you can see how the wall winds around the city centre.

When we walk from our Handbridge holiday cottage into the city we often join the wall by the old Dee bridge (on the far left of this picture). From here we turn right and walk along the wall anti-clockwise passing the Roman gardens and amphitheatre. This brings us to Eastgate Street in the heart of the shopping centre. There are steps and ramps at regular intervals making it easy to take a detour to explore anything that takes your fancy as you pass by.

Note that some sections of the walls have steep steps and are not suitable for wheelchairs or prams, although we have been around with a lightweight buggy and carried it up and down the steps without too much difficulty. 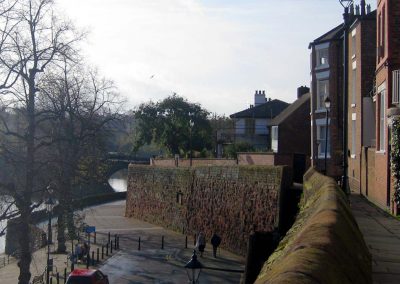 The city walls by the River Dee 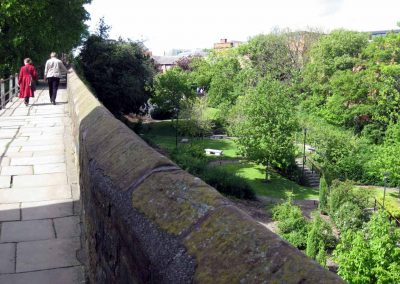 The Roman gardens from the city wall 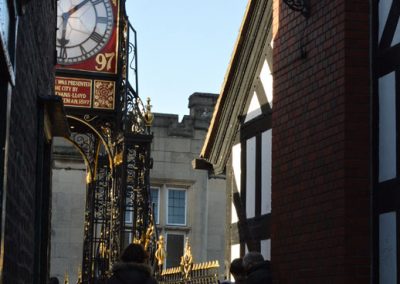 The Eastgate clock on the city wall 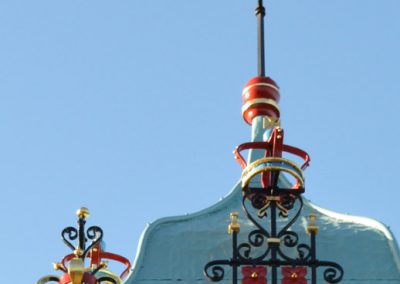 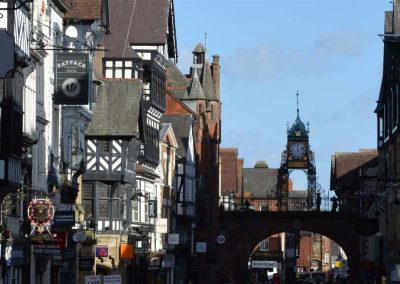 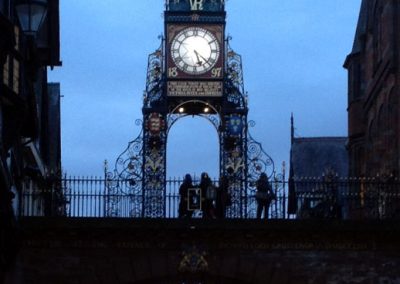 The Eastgate clock at dusk 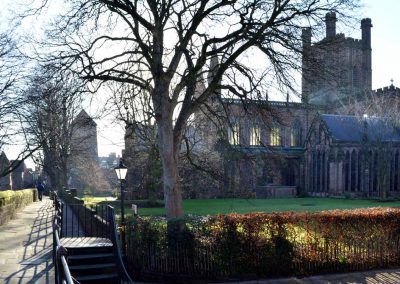 Chester cathedral from the walls 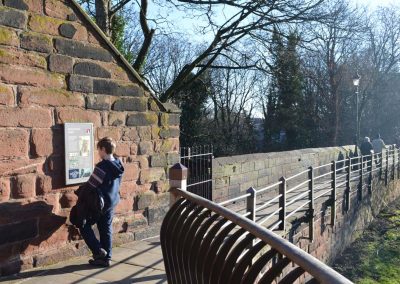 Information boards tell the story of the Chester city walls 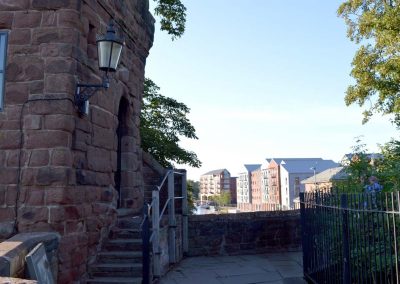 The Water Tower with Tower Wharf in the background 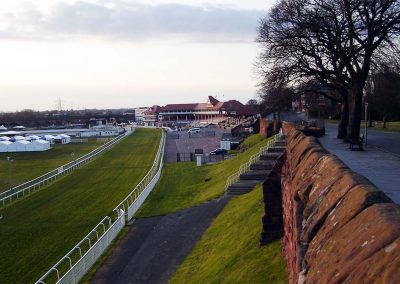 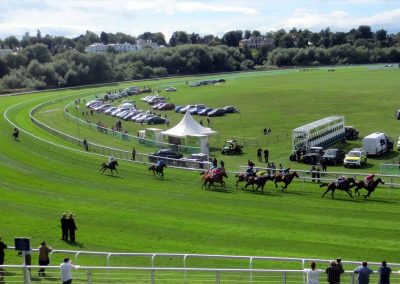 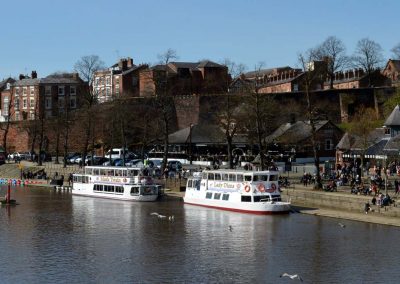 The city walls above the River Dee

Some of our guests comment on the city walls:

Find out more about the city walls:

Where will a holiday in Chester take you?

Share This
Like most websites we use cookies to help us see how well our site is working. If you continue then we'll assume that you're OK with this.ContinueRead more